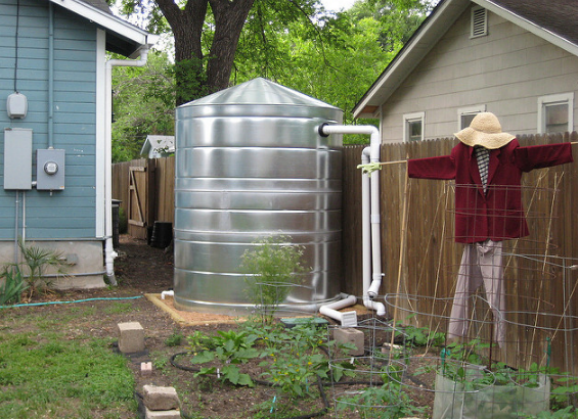 Rainwater harvesting involves transportation of water from a catchment area down to a water tank. The piping system is important in collecting rainwater tank because this will determine whether the collected rainwater is properly stored in a water tank. Water tank comes in various styles such as slimline tanks, round tanks and rectangular tank with the different material it is made of, size and colors. You also need to consider the type of harvesting system for your rainwater. There are two options which are the dry system and the wet system.

Wet rainwater harvesting system is a whole lot different from a dry system. A wet system is about collecting rainwater on a catchment area and transports it first on the underground downpipe and let it flow into a large pipe afterward it will reach the riser pipe which pushes water above via water pressure force until it reaches the above ground water tank.

Wet rainwater harvesting has its advantages too like there will be no problem with visible pipes in your property because it will be buried down only the gutters and the height of a pipe from the catchment area down to the ground will be visible regardless of how many pipes will be connected to your water tank which makes it much neater than dry system wherein the pipes are visible. It can be a solution for a complicated layout to a building or a home.

On the other hand, a wet system is prone to contamination because the water stays in the pipe unless there is enough water in the system that would be enough to create pressure to raise the water up above to a water tank. However, using a device to separate the contaminated water from the clean water can be a solution like an in-ground diverter.

The set up of a wet system is way more complicated than a dry system but it only happens on the planning phase after that there’s no problem anymore you can ease up while it provides you a useful water that you can use.