Using Rain Stored in a Rainwater Tank to Flush the Toilet

Using Rain Stored in a Rainwater Tank to Flush the Toilet 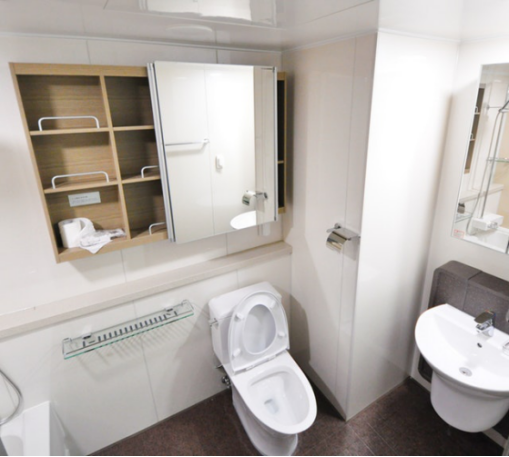 The system you’ll need to build is one that has a pump that drives collected rainwater at ground level up a header tank situated in the loft space of a property. From there, it’s possible to gravity feed collected rain into a number of toilet cisterns.

Other than the pump and header tank, you will need a few other components to build the system. Once you have all the needed components, you won’t need a lot of financing to put them together.

Another component you will need to get is the water butt, also called the rain barrel. Another component that needs to be set up is the mains water inlet, which makes it possible for the header tank to be filled with mains water should it happen that your area won’t be getting rain for some time. The inlet should be at least 15cm above overflow pipe height, as this eliminates the chance that mains water will be contaminated by impure rain.

You can extend and use the arm ball valve to automatically partly fill your header tank with some mains water once this tank runs low on water content. This should guarantee an uninterrupted supply of water all year round.

To collect some rainwater, a rain diverter must be connected to down pipes. As the rain that falls on the roof goes down into gutters, then down those downpipes, it’s diverted to the water barrel or butt, where it will be stored.

At the bottom part of your water butt will be placed a submersible pump. This pushes collected rain to the header tank. Make sure to choose a pump that’s able to lift a sufficient amount of water upward, but not one that’s so powerful that a lot of electric power is needed for it to function.

Lastly, one needs to set in place an electronic system which detects how much water is left in the barrel and header large rainwater tank and switch the pump off or on accordingly. You will also need two float switches, which make sure that your pump won’t run dry once the barrel no longer has any water, and that your pump will turn off once header tank is filled with water.

A major component in this particular system is the relay board, which makes use of the status of float switches in deciding when the pump needs to be switched on.

The electronics needs to do the following:

* If the butt has water, while the header tank isn’t full—the pump turns on.

* If the butt doesn’t have water, or if header tank is filled with water—pump turns off.

So the pump won’t switch off and on cyclically, time delays should be built in it. For instance, if the barrel doesn’t have water, it surely will take some time to refill once more. Hence, a multiple-hour delay is needed so the pump won’t be switched on until such time that the barrel contains enough rainwater once more.

Similarly, if you have a full header tank, the pump shouldn’t switch on once more for some time since in that time period, it’s not likely that a sufficient percentage of header tank content will get flushed down your toilet, and it isn’t good for your pump to switch on every after flush.