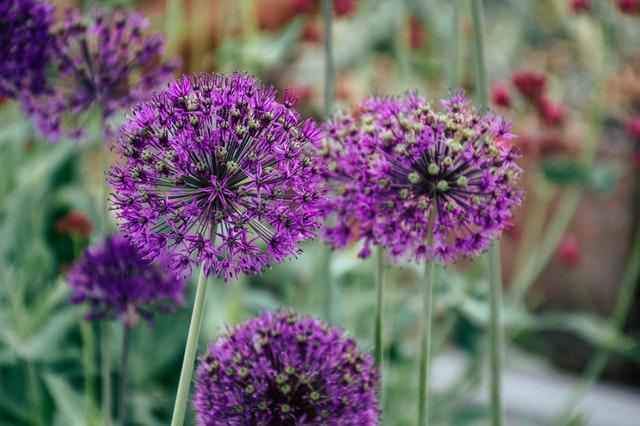 One of the things that perennials are most known for is divisibility, that is, each plant can be divided, and both growths can be grown separately, supported by the same small rainwater tank. To ensure that both growths thrive separately, however, know that there is a best time for dividing perennials—when they have become overgrown. Specifically, perennials should be divided once in a period that lasts somewhere between three and six years.

Doing so is an amazing method of thinning clump-forming perennials, such as the daylily, a plant that blooms between the later days of spring to the later days of summer. But this does not imply that the method will not invigorate growth in the perennial; it can increase the total number of garden specimens.

Prior to dividing, the mother plant must be watered well for one or two days prior to digging it up. Keep in mind that the digging needs to be done during a cloudy day, as sun and heat stress plants. Afterwards, follow the steps highlighted below, and you should have new and more vigorous plants you can add to the garden or share to those whom you know.

Digging the Plant Up

Rake mulch that’s covering stem bases, then place a shovel or spade 15.24 to 30.48 cm from the plant center and vertically push down into the soil. Make sure the shovel is worked in this manner around your plant until such time that a circle has been formed. Then slip the blade of the shovel under its root ball, then take plant out of soil.

Once weak or thin stems have been plucked out, separate gently all remaining healthy stems into clumps composed of three or five shoots. This limit ensures that your plant will quickly recover once it has been divided. If plant center appears dead unlike outside edges, get a soil knife and cut it away, leaving only outside edges.

For smaller plants which have six to ten stems, set the soil knife right between separated stems, then saw all the way down, right through the crown, a part composed of fleshy and thick roots. Continue to cut through root ball.

For heavier and larger root balls, set up a couple of garden forks back to back to pierce through the crown center. Push apart the forks until such time that the clumps have separated.

Gently tease all roots out the sides and bottom of every new clump using your fingers. The holes should then be dug; these must be 2.54 to 5.08 cm shallower and 15.24 to 22.86 cm wider compared to the root ball tha was teased. Plant every root ball, then backfill with soil that has been mixed with fertilizer that helps in root growth, watering whilst you do so. Water once every two to three days in a period of two weeks to establish them.