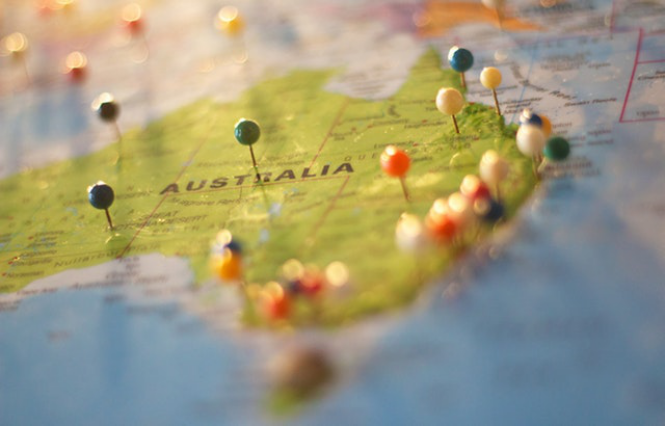 Australia is commonly known as the world’s smallest continent but is somehow considered as the world’s largest island–with its total area of 7,692,024 kilometres–along with the title, it is also considered to be “The Island Continent” for mainly because it mostly consumes its continent–Oceania.

Pertaining to that, Australia’s huge area gives the most diverse of landscapes consisting of mountain ranges in the lower corners, running to the east side, a dry desert in the centre, and a list of the most magnificent rainforests consuming the north-east.

That being said, Australia’s desert mostly occupies the largest chunk of land area, and it is most familiarly known as the outback, with this, it is by far the driest inhabited continent. Rainfall, annually, averaged less than 500 mm as of 2010, but as of mid year 2018, it has dramatically increased by approximately seven-folds–3560 mm in areas such as Babinda, Flying Fish Point, Innisfail, and Bramston Beach, Queensland.

And in a dry place, such as this, with the smallest water to land body ratio, then it is most common for people in the land of the extremes to take extreme measures of water conservation in any means necessary. That is why rainwater harvesting has been a common practice to places all over the states of Australia, and here are the best places where to harvest rainwater.

The first thing that would pop up in any strayan’s mind if they’d be asked what is the wettest town–by means of rainfall–in Australia, the answer would most likely be Tully, Queensland. Tully is one of the larger towns in the Cassowary Coast Region, Queensland, and Australia. It is known for their economic agriculture–which are planting and harvesting sugar cane and banana.

More rainfall annually would most likely complements harvesting of rainwater in the area, and because of that, rainwater tanks are most likely to be the best storage system for this kind of climate. Rainwater harvesting also helps in reducing surface runoffs, so you wouldn’t have to worry about soil erosion and crops being washed away by heavy rains.

There’s also a debate that Babinda–a neighboring town–is wetter than Tully. Oh well, either way, it is much more better to conserve as much water as possible most especially if you’re already provided great amount of water straight from the source, and the best thing is, it is for free. 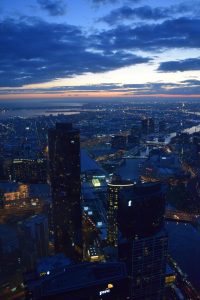 Yes, even in the cities, it is possible to harvest rainwater, and the more it is to be recommended because in the city, you need to pay for your supply of water. Living in the suburbs, you need to cut down on the expenses, and with the help of rainwater harvesting, you can trim down your monthly water bills.

One of the common cities that you can harvest rainwater would be Brisbane–the capital city in Queensland, and it is one of the most populous city in all of Australia, ranking it third on the list.

Brisbane has a weird vibe, a humid subtropical climate covers over it. Giving Brisbane a hot yet wet summer, and dry yet moderately warm winters. So even if it is summer, you can still store rainwater due to its climate, and summers are usually long–you can store as much as you want whilst enjoying the hot season.

Another major city that you can harvest rainwater to is Melbourne–the second-most populous city in the State of Victoria. Unlike Brisbane, Melbourne has an oceanic climate, which means they have warm summers and cool winters, and known to its changeable weather conditions this city can have very strong cold fronts even if it is spring and summer. Cold fronts that are responsible for hales and severe thunderstorms, and also even heavy rains. As for winters, they are pretty much stable and just the same–just damp and often cloudy.

The Gold Coast in Queensland is a coastal city. It is known for being the largest non-capital city in Australia and is a major tourist destination with its sunny subtropical climate, making it good for someone who wants to enjoy the salty breeze and the sound of waves kissing the sands.

Shaka people would most likely love the Gold Coast because of its surfing beach, where they can ride waves and just hang loose.

Just like Brisbane and Melbourne, Gold Coast is a huge city, with that, you need to cut on your expenses as well, but you might be thinking that the coastal area is abundant with water–that’s true, but it isn’t providing fresh and pure water, but a rainwater storage tank can provide you more. It can not only be used for your daily chores but rainwater stored inside the tank is drinkable–yes! Rainwater tanks has filtration system in order for you to drink the purest and freshest water stored. 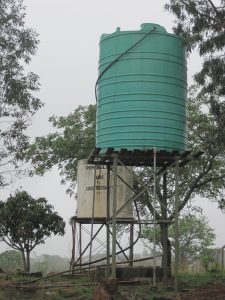 These are just some of the many areas in Australia that we provide services to here in Rainwater Tanks Direct, and with high chances of precipitation around these areas, it is most likely to recommend large water tanks to hold up as much rainwater as possible and to avoid too much surface runoffs. Large Rainwater Tanks can hold heaping amount of rainwater depends on the model, and with the help of our local plumber, we could assist you in installing your rainwater tanks now. And if you’re new at this, it is never too late to save and conserve water, let us help you make your first rainwater harvesting experience a great one.

Where to Harvest Rainwater in Australia? | Rainwater Tanks Direct

Read, in this article, some of the many places in Australia and each of its geographical climates in order for you to know where you can harvest rainwater.